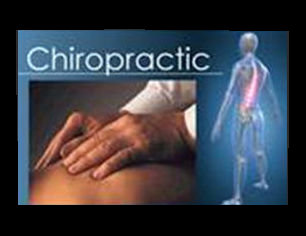 Your neck and back hurt, and medical treatments and physiotherapy do not seem to work.  With every step, reach, twist, lift, and bend, the pain stops you in your tracks.  Perhaps it comes and goes in waves.  Like millions of Americans, you have gone to great lengths and great expense to find relief, any relief.  Why not try a combination of medical treatments with physiotherapy AND chiropractic?

Doctors of Chiropractic Medicine (usually shortened to D.C.s or “Chiropractors”) have spent years studying and training before they ever touch your back or neck.  They have studied hundreds of books, spent four years at a university, and continue with post-graduate education (usually 4 years at a Chiropractic College).  Anatomy, histology, pathology, neurology, biomechanics, x-rays, and spinal adjusting techniques are just a handful of the topics they’ve studied.  Chiropractors must then pass rigorous National and State Licensing Board Exams.

But what does this mean for you?  It can mean the difference between living with pain and a life with little, or no pain. Most importantly, it means that you are functioning better, living better and more healthfully.

Chiropractors specialize returning you to a state of utmost health, and this can mean less back and neck pain.  They offer hands-on, effective treatments that do not include surgery or medications.  The reason for this is, they feel that the body can heal itself if given the chance.  Give your body its chance, before drugs and surgery.  You’ll be glad you did!

The History of Chiropractic

The first recorded chiropractic adjustment was performed on September 18, 1895 by Dr. Daniel David Palmer, a teacher and healer from Ontario.  At the time, Dr. Palmer was working in Iowa, trying to understand the cause and effect of diseases.

The patient, Harvey Lillard, was a janitor working in the same building as Dr. Palmer.  Mr. Lillard had bent over, hurt his back, and had complained of resulting hearing problems for over 17 years.  He allowed Dr. Palmer to examine his spine to see if anything could be done.  Dr. Palmer discovered a lump on Harvey’s back.  He suspected that a vertebra was out of alignment and pinching a nerve to Harvey’s ears.  With an admittedly unrefined technique, Dr. Palmer adjusted the vertebra with a gentle thrust.  After several such treatments, Harvey’s hearing was restored.

This dramatic beginning caused much excitement.  Soon exaggerated claims surfaced from activists and zealots.  At first, Dr. Palmer even thought he had discovered a cure for deafness.  As these “miracle” stories became commonplace, the controversy surrounding chiropractic began.  While it seemed reasonable to Chiropractors and patients to assume that their major diseases had been cured, in many cases the problem was an error in the original diagnosis.  The doctor may have assumed the patient had a heart problem when, in fact, the pain in the patient’s chest resulted from a rib sprain.

For decades, science has recognized the existence of the nervous system and its roll in controlling and directing the body’s life-sustaining functions.  Dr. Palmer was correct in reasoning that any pressure or restriction imposed on the nerve strand by a misalignment in the spinal segments must have a detrimental effect on those functions of the body served by the restricted nerves.

He suggested that if you correct the misalignment and give the body time for its natural recuperative powers to do their work, the ailment would disappear; not as a direct consequence of the adjustment, but because vital messages to and from the brain would once again be transmitted without hindrance.

Palmer called the message-carrying energized impulses, which pass along various nerve strands, “the life-force,” and promptly earned the wrath of orthodox medicine.

Anatomical research scientists have proved that energy, measurable energy, flows along the nerve strands.  Chiropractic has now entered its second century and has spread around the globe.  Every day, Chiropractors have returned the natural healing of the body, improving well-being, and bringing relief from pain to millions of people within a sound, safe, and evidence-based approach to health and wellness of the whole person.  It is the largest non-drug, hands-on branch of health care.

Scroll Up
Translate »
Accessibility by WAH